Nonito Donaire (right) connects with a vicious left on the face of Japanese Naoya Inoue in the 6th round of their World Boxing Super Series bantamweight final match in Saitama, Japan. Inoue beat Donaire via a unanimous decision to win the championship. (AP)

With the updated supplemental guideline under the Joint Administrative Order (JAO), expect more boxing tournaments not only in the province but also in Metro Manila in the coming months.

Games and Amusements (GAB) Chairman Baham Mitra said that he and his counterpart from the Philippine Sports Commission (PSC) Butch Ramirez already signed the supplemental JAO last week and they already forwarded the papers to Department of Health (DoH) Secretary Francisco Duque III, who is also the chairman of the Inter-Agency Task Force (IATF).

Mitra said that the updated guideline is more detailed and understandable as far as the health protocols to make sure that athletes are safe during sports meet as there is still the threat of COVID-19.

“It’s a revised version, an easier version,” said Mitra in a message exchange Monday, May 17.

The tripartite government agencies of GAB, PSC and DOH were formed in the middle of 2020 that crafted the guidelines for the resumption of sports activities, particularly for the professional level.

The holding of pro fights was among those that was given the green light by the government together with basketball with the PBA, which resumed last September in a bubble tournament in Pampanga.

During the first quarter of 2021, there were a total of 10 pro fight events organized by various promoters in the province, but Dr. Jesusito Garcia said there would be more events once the supplemental issue is out. 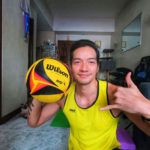