The Anti-Terrorism Council (ATC) has designated members of the Central Committee of the Community Party of the Philippines (CPP), the New People’s Army (NPA), and Islamic rebel groups – 29 individuals in all – as “terrorists” under the Anti-Terrorism Act (ATA).

The most prominent personality in the two lists is Jose Maria “Joma” Sison,  founder of CPP. The New People’s Army (NPA) is the military wing of CPP.

“I hereby approve this Resolution No. 17 and affix my signature in accordance with the Protocol for the Signing of Anti-Terrorism Council Resolutions during the New Normal,” Esperson said in the document that officially tagged Sison as a terrorist based on the provisions of the Anti-Terrorism Act of 2020.

Sison is President Duterte’s former college professor. The two have had a falling out over the years even as the government toughened its stance against the local Leftist movement.

Listed along with Sison under Resolution No. 17 were 18 other individuals identified with the CPP-NPA.

In Resolution No. 16, the top listed personality is Esmael Abdulmalik, an Islamic State (IS) fanatic connected with the Dawlah Islamiyah (DI).

Also tagged as terrorists in the resolution are nine other individuals affiliated with either the DI, Abu Sayyaf Group (ASG), or the Bangsamoro Islamic Freedom Fighters (BIFF).

In designating the 29 persons as terrorists, the ATC noted in the two resolutions that it “verified and validated information” and found “probable cause” in the process. The 19 CPP members were found in violation of Sections 6, 7, 8, 9, and 10 of ATA. On the other hand, the 10 local terrorist group members were cited for violation of Sections 6, 7, and 10 of the law.

The ATC’s power to determine probable cause in designating terrorists as provided for by ATA has made it a very contentious law. 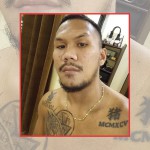