Sam Catantan’s impressive seven-match winning run came to a halt, losing to American May Tieu, 15-8, in the round-of-32 Tuesday in the 2021 World Cadets/Juniors Fencing Championship in Cairo, Egypt.

Catantan was looking great prior to the knockout round having won six matches in her pool play to earn the No. 17 seeding.

But against her American rival, the former University of the East star ran out of tricks and finished 20th overall in the foil competition of the annual event.

Still it was a marked improvement from her 96th showing two years ago. There was no event last year due to the COVID-19 outbreak.

As a 17-year-old participant in 2019, Catantan placed 16th overall in the cadets category of the tournament, a feat that earned for herself an invite to join Penn State team.

Catantan made history last February when she became the first ‘homegrown’ Filipino to play for a Division 1 school in the US NCAA. She went undefeated with a 20-0 record in pool play of the event that gave her the No. 1 spot in the semifinal round.

She lost to teammate Lodovica Bicego 15-14 in the Final Four.

Fencing national team coach Amat Canlas said it was still a good performance and experience for Cantantan in the world championship.

“Now the focus is on the Olympic Qualifying Tournament, that’s the most important event.”

Catantan will join five other members of the national team in the April 26-27 Olympic Qualifying Tournament (OQT) for this year’s Tokyo Olympics in Tashkent, Uzbekistan.

Lance Tan, a sophomore at Sacred Heart University who also competed in the recently concluded US NCAA tournament, is still playing at posting time and he is in the Round-of-32 in men’s juniors foil event.

Jian Miguel Bautista of Ateneo and a member of the national team training pool, is set to compete in the juniors men’s epee category on Thursday. 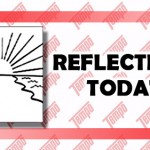