BUENOS AIRES, Argentina (AFP) – Argentina’s President Alberto Fernandez, who has been vaccinated against COVID-19, announced late Friday that he had tested positive for the coronavirus.

“At the end of today, after presenting a fever of 37.3 and a slight headache, I performed an antigen test, which was positive,” he tweeted, adding he was waiting for the results of a PCR test to confirm the diagnosis.

The president, who turned 62 on Friday, was in isolation as a precaution but said he was “physically well.”

“Although I would have liked to end my birthday without this news, I am also in good spirits,” he said.

Fernandez was inoculated with the Russian Sputnik V vaccine and had his second shot on February 11, sources in the presidency told AFP.

Argentina is facing a second wave of the coronavirus with a sustained rise in cases.

The South American country of 44 million inhabitants has recorded more than 2.3 million infections and over 55,000 deaths from COVID-19. 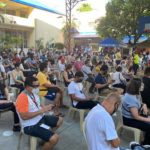 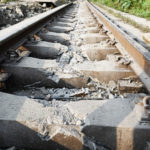