The 11-year-old Buto of Faith Christian School in Cainta tallied 8 points on eight wins and one defeat in nine outings to shine brightest in the event that used a15-minute + 10 seconds increment rapid time control format.

His lone defeat was inflicted by Joseph Mendoza II.

Apart from losing to Buto, the 15-year-old Tisado, a grade 10 student of Academy of Saint John and backed by Rep. Jon-Jon Ferrer, was also held to a draw by Mark James Marcellana. 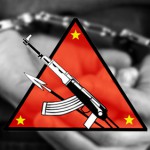