OPM icon Claire dela Fuente passed away due to cardiac arrest this morning, March 30. She was 62.

Dela Fuente’s passing was confirmed by composer/producer Jonathan Manalo who is close to the family, according to a report by ABS-CBN.

Dela Fuente is the popular singer behind the immortal OPM songs “Sayang,” “Nakaw Na Pag-Ibig,” and “Minsan Minsan” in the 1980s.

During an exclusive interview in 2017, Dela Fuente said that she was thrilled to hear her songs on the radio on weekends. “Naririnig ko yan. Proud ako dahil ilang arttist ba ang may ganyan? Kokonti lang talaga kami.”

Dela Fuente also said that while her song “Sayang” is very popular, her biggest-selling record is “Minsan Minsan.”

In those days, Dela Fuente revealed she had cold war with rival singers Imelda Papin and Eva Eugenio.

In defense of Gregorio de Guzman

Dela Fuente has a son chef Gregorio de Guzman who was also her partner in one of her restaurants. The veteran singer is also a successful bus operator.

In January, Gregorio was tagged as among those who allegedly raped and killed Christine Dacera on New Year’s Day at a hotel in Makati City.

Dela Fuente has defended her son from allegations.

Dela Fuente wished things to be fair, adding that they were also seeking justice for the death of Christine.

Gregorio, on his part, also denied the allegations. He said that he and his friends were with Christine until the end.

Gregorio said he performed cardiopulmonary resuscitation (CPR) to Christine when they found her in the bathroom. 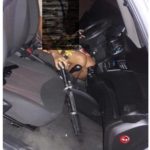 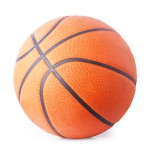