The Cougars blew a 17-point lead but defeated the Oregon State Beavers, 67-61, while the Bears downed the Arkansas Razorbacks, 81-72, to arrange a showdown in this weekend’s National Semifinals.

Marcus Sasser had 20 points while Quentin Grimes added 18 for Houston while MaCio Teague topscored with 22 points for Baylor.

It will be Houston’s first Final Four appearance since 1984 when Hakeem Olajuwon, Clyde Drexler and the squad known as “Phi Slamma Jamma” lost to the Patrick Ewing-led Georgetown in the title game.

Baylor, one of the top seeds entering the NCAA Tournament, last made the Final Four in 1950 when it lost to Bradley in the semifinals. (Jonas Terrado) 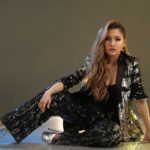