With the start of the Tokyo Games Torch Relay, weightlifter Hidilyn Diaz is confident the world’s biggest sporting show will finally proceed as scheduled this July.

In fact, she’s now looking forward to a successful campaign in the Asian Weightlifting Championships set April 16 to 21 in Tashkent, Uzbekistan.

Diaz, silver medalist in the 2016 Rio Olympics, is eyeing her fourth consecutive Olympic stint in this year’s Tokyo Olympics, originally set last year but was moved because of the pandemic.

Currently ranked No. 5 in her event, the Rio Games silver medal winner needs only to join the event and finish inside the top 8 to book a ticket to Tokyo.

Her team is set to undergo swab testing next week so they can buy tickets for their trip to Tashkent.

Diaz and her team, which include Chinese mentor Kaiwen Gao, strength and conditioning coach Julius Naranjo, and therapist Belen Banas, have been in Malaysia for over a year now.

They arrived in Kuala Lumpur in late February to prepare for the Asian Weightlifting Championships in Kazakhstan, but the event was canceled due to the COVID-19 outbreak. Like other countries, Malaysia also went on a lockdown that forced Diaz and her team to stay there. Diaz will be competing in the 55kg women’s category in the OQT. 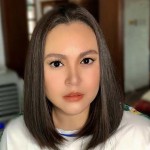