Batangas 6th District Representative and showbiz’s “Star for All Seasons” Vilma Santos and Aktor Chairman of the Board Dingdong Dantes will lead the star-studded 4th edition of Entertainment Editors’ Choice (The Eddys).

Founded by The Society of Philippine Entertainment Editors (SPEEd), the awards night will now be streamed on April 4, Easter Sunday, 8 p.m., at the FDCP Channel (fdcpchannel.ph) and other digital platforms.

In partnership with Film Development Council of the Philippines (FDCP) through its Chairman and CEO Liza Diño-Seguerra, The Eddys’ fourth edition is under the direction of OPM icon Ice Seguerra.

Films screened in the past year will vie for the fourteen awards and categories in this year’s edition.

Additionally, as in year’s past, The Eddys will also recognize remarkable artists and personalities who have unceasingly worked for the betterment of the Philippine movie industry.

Meanwhile, in the third year of SPEEd and FDCP’s partnership in mounting The Eddys, Diño noted, “I am honored that The Eddys has allowed us in FDCP to be part of the annual awards night. Our beloved comrades from the press have been present in all of FDCP’s important milestones. Likewise, they have shared the triumphs and challenges we experienced in the hopes of improving our Philippine Cinema industry.”

“On the occasion of its 4th year, the EDDYS continues its commitment to shine a light on the most brilliant spots of our newsworthy industry,” she added.

For the fourth time, Juancho Robles, managing partner of Chan Robles & Company, CPAs, will stand as the official auditor of the 4th Eddys.

The Eddys’ 4th edition will be streamed for free on April 4, 8 p.m., at FDCP Channel, SPEEd Facebook page and other digital platforms. 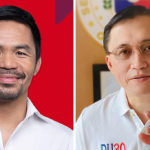