The exclusive Manila Golf Course and Country Club in Forbes Park was forced to shut down after several members of its staff tested positive for COVID-19, the club management announced Friday.

Bones Floro, secretary-general of the National Golf Association of the Philippines (NGAP), said that Manila Golf management – as a courtesy – informed the federation about the development.

“It’s normal protocol to close the club if there are positive cases. Under the Department of Health (DOH) guidelines, it’s 48 hours so the building could be disinfected,” said Floro.

The management of Manila Golf sent advisory to its members after 8 of the 20 waiters of its club tested positive.

Contact tracing was immediately done as well and some 300 individuals would be tested for the virus.

Floro said that despite this latest development, the golf courses in the country, particularly in Metro Manila, have been doing their job well when it comes to following the strict health protocols. (Waylon Galvez)

Jason Brickman and Jeremiah Gray, two players who became ineligible in the recent PBA Rookie Draft due to incomplete requirements, will suit up for separate teams in the pro league’s new 3×3 competition set to start this year.

Brickman was signed by the Meralco Bolts while Gray will suit up for the TNT Tropang Giga in the halfcourt discipline which the PBA plans to hold in conjunction with its 46th season.
Both players will compete in the PBA 3×3 after missing the deadline for submission of Bureau of Immigration certificate and Department of Justice affirmation prescribed by the league.

They were considered as first round selection during the recent proceedings had they been able to submit both papers. (Jonas Terrado)

Alex Eala all pumped up for Miami Open

It looks like Filipino tennis sensation Alex Eala is all pumped up ahead of the 2021 Miami Open in Florida.
In a social media post, Friday, Eala shared a video of herself warming up for her “first on-site practice session.”
With a big banner of Miami Open gracing the background at the Hard Rock Stadium, the home of NFL team Miami Dolphins, the 15-year-old Eala can be seen executing a certain hand-eye coordination drill and swiftly catching tennis balls while moving sideways.
Eala, who arrived in Florida on March 17, earned a wildcard berth in the qualifying round of the Miami Open, which is her biggest competition so far after competing in the W15 and W25 International Tennis Federation events. (Carlo Anolin)

So drops semis opener vs Giri

Grandmaster Wesley So failed to sustain a strong start as it lost to Dutch Grandmaster Anish Giri, 2.5-1.5, in the first match of their semifinal tie in the 2021 Meltwater Champions Tour Magnus Carlsen Invitational on Friday morning, March 19 (Manila time).

The Cavite-born So thwarted Giri in 32 moves of the Berlin Defence in the first game before settling for a draw with the white piece in the next game.

However, the Meltwater Champions leader from the US dropped the last two games as Giri completed a comeback to move on the cusp of his first finals appearance in the Tour. (Jeremiah Sevilla) 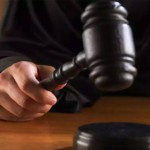