The PhilCycling has postponed its planned national championships for road, mountain bike (MTB) and BMX in May and June because of the spike in Covid-19 infections.

PhilCycling President Rep. Abraham “Bambol” Tolentino made the announcement on Wednesday, citing the intensified campaign against the spread of the coronavirus which breached the 5,000 a day mark in the recent week.

“The priority is always the health and safety of everyone – cyclists, officials and fans,” Tolentino, also the president of the Philippine Olympic Committee, said. “No questions asked.”

“We’ll just have to wait until the pandemic is contained,” Tolentino added.

PhilCycling Secretary General Atty.Billy Sumagui has been working on the national championships since January, a week after the federation elected its new set of officers last December 29 for the next Olympic cycle.

The Road and Track Commission headed by Sunshine Joy Vallejos, Oversight Commission led by Jun Lomibao and national coaches for road Ednalyn Calitis Hualda and Reinhard Gorantes have already identified the routes for the road championships at a supposed bubble environment at the Subic Bay Freeport.

The Subic Bay Metropolitan Authority headed by Atty. Wilma Eisma was already informed of the event that were supposed to be scheduled from May 5 to 8.

The PhilCycling’s letter of intent to stage the championships was also forwarded to the Inter-Agency Task Force on the Management of Emerging Infectious Diseases.

The national championships were part of the criteria for the selection of riders for the Vietnam 31st Southeast Asian Games set from November 21 to December 2.

Competitions for road included individual time trial, team time trial, criterium and massed start for men and women. For MTB, lined up were the cross country, downhill and cross country mixed relay, while the racing event was set for BMX.

Close to 300—cyclists, commissaires, support personne and staff — are expected at the national championships. g 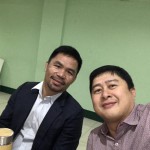 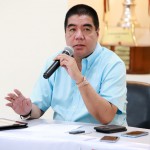