TNT acquired the No. 4 pick of NLEX in Sunday’s PBA Draft courtesy of a three-team trade which includes Blackwater.

The PBA approved the deal late Wednesday, March 10, 2021, with NLEX first sending the draft choice to Blackwater in exchange for Don Trollano, Roi Sumang, Maurice Shaw and a second round pick in 2022.

Blackwater would then sent that said pick to TNT for Simon Enciso, David Semerad, a first round choice in 2023 and a second round selection in 2024.

The deal came a day after Road Warriors coach Yeng Guiao hinted interesting things that could happen in the days leading up to the virtual draft proceedings. 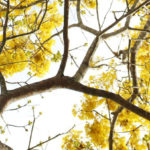