NEW YORK (AFP) – Luka Doncic equaled a career high with 42 points to fend off a 57-point performance from Stephen Curry as the Dallas Mavericks avoided back-to-back losses to the Golden State Warriors with a thrilling 134-132 win Saturday.

Slovenia’s Doncic drained a clutch three-pointer with 44 seconds left and Maxi Kleber, of Germany, sealed the win with another three to give the Mavs a four point lead with six seconds to go in the contest at the American Airlines Center in Texas.

The Mavs with the victory managed to avoid a two-game sweep at home after losing 147-116 on Thursday.

Curry bombed in 11 threes, including one with 39 seconds to go and another with 10 seconds to cut the Mavericks lead to 131-130. That set the stage for Kleber’s heroics as he finished off a three-way passing play from the left side to clinch the victory.

“What a display of basketball out there,” Dallas coach Rick Carlisle said. “Just amazing playmaking and shot-making the entire night. Curry and Doncic were spectacular. Both teams played with a lot of heart and a lot of joy. Great thing to see.”

Doncic made 12 of his 23 shots and seven of his 12 from beyond the arc. He also dished out 11 assists and had seven rebounds.

Curry’s 57 points came on 19-for-31 shooting overall and 11-for-19 from beyond the arc. It was his second-highest scoring game of the season, after posting 62 against Portland in January.

In Los Angeles, LeBron James scored eight of his 33 points in the second overtime as the Los Angeles Lakers survived a scare from the lowly Detroit Pistons with a 135-129 win in Los Angeles.

James was able to salvage the victory for the reigning NBA champions after they blew a 17-point lead, allowing the Pistons to get back in it and force two overtimes.

Anthony Davis scored 30 points and Dennis Schroder finished with 22 points and eight assists for the Lakers, who almost lost their second straight game to the woeful Pistons who have won just five games all season.

Jerami Grant delivered 30 points and Josh Jackson scored 25 of his 28 points in the second half and overtime for the Pistons, who have the worst record in the league.

The Kings used a balanced scoring attack to continue their dominance over the Nuggets. They have won all three contests this season and six of the past seven duels.

“It’s hard work and trust that has led us to a turnaround,” coach Luke Walton said. “The group’s continued to believe in each other, believe in what we’re building. There’s just a confidence with the group and we’re giving ourselves chances.”

The Kings have won six of seven after opening the season 5-10.

Jokic shot 20-of-33 from the floor to post a career high points total for Denver, who have lost three of their last four games. He also dished out 12 assists and grabbed eight rebounds.

The Nuggets played without All Star Jamal Murray, who sat out with a sore left knee. Canada’s Murray is averaging 19 points and five assists a game this season.

Murray was replaced in the starting lineup by Monte Morris, who tallied 11 points, nine assists, and five rebounds. Paul Millsap finished with 14 points, Will Barton 11, and JaMychal Green 10.

In Philadelphia, Joel Embiid tallied 33 points and nine rebounds to power the Philadelphia 76ers past the short-handed Brooklyn Nets 124-108.

The Nets were missing superstar Kevin Durant due to health and safety protocols and Kyrie Irving because of a sprained right index finger.

In Cleveland, Giannis Antetokounmpo had 24 points and 11 rebounds to propel the Milwaukee Bucks to a 124-99 victory over the Cleveland Cavaliers.

Antetokounmpo added five assists, just 24 hours after delivering 33 points and 12 rebounds in the Bucks’ 123-105 victory over the Cavs. 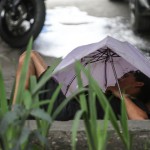 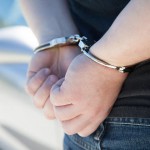