Foreign Affairs Secretary Teodoro Locsin Jr. has ordered his department to look into the peddling of passport online appointments through social media platforms.

Locsin’s order came on Thursday evening after a netizen called his attention over the activity of a female Facebook account user openly selling passport online appointments for February and March 2021.

Alerted by the said scheme, Locsin said: “Filipino first in stuff like that; also human trafficking from Mindanao of underage girls into the Middle East.”

The foreign affairs secretary was apparently referring to one of the Filipina trafficking victims in Syria who was able to secure a passport when she was only 12 years old. She told the Washington Post in a recent interview that she was recruited in Mindanao to work as a maid in the Middle East.

Taking the cue from Locsin’s tweet, the Department of Foreign Affairs (DFA) said they report all alleged fixer accounts to Twitter and Facebook “with a strong recommendation that these be taken down.”

“Further, we coordinate with NBI (National Bureau of Investigation) and the PNP Anti-Cyber Crime Group to investigate individuals for violating the Anti-Red Tape Act,” the DFA.

However, a check on the Facebook page of the alleged fixer showed that the account is still up and running as of this time. The FB user even posted a “thank you” message to those who availed of her passport appointment services.

Also, a cursory check on the conversation thread of the said Facebook account showed that the fixer charges P300 per appointment slot. 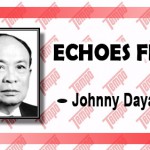