In an ideal real world, there are only few sectors that stand out as incredibly powerful and they are not even classified as political groups. Not only are they not elected by the Filipino people; they have acquired their influence by happenstance.

Four of the “most powerful blocs” in any democracy are the investors, economists, medical practitioners, and the media. Especially in the ongoing pandemic, the respective roles they play in mitigating the impact of a global viral outbreak are more than just significant.

While the President of the republic is perceived as the most influential given his plural election by the people, his actions are bound by the Constitution in much the same way that non-political power blocs are governed by the laws that Congress passes.

Known as the “fourth pillar,” the media remains a critical aspect in a democratic space. Even if Congress has control over issues on franchises, the men and women behind the press invoke certain freedoms. Although many journalists are members of various groups, they have earned their license to criticize outside the board exams the government requires in other professions.

In recent years, the press has been on a rollercoaster ride. Scribes have been harassed, charged, or ambushed, while broadcasters have died exposing the venalities of society. Worse, impunity has made them an endangered species.

On the other hand, the economists take on a highprofile role in managing the affairs of the State, especially in matters of budgeting, debts, funding, and taxation. Their advices, based on market forces, are indispensable but not infallible. Unlike politicos who look for ways to squirrel public funds, economists have a bigger task in ensuring public funds go where they must.

But economists have also caused countries to mire in debts. The Philippines, for instance, is now over P10 trillion in debt. Pundits blame the growing loan obligation to calamities, massive infrastructure agenda, and excessive wastage of funds.

Meanwhile, maintaining the health of the country falls on the shoulders of medical practitioners. But that seems like only partly appreciated in the present dispensation because the decision to contain the pandemic, even in the handling of vaccine issues, falls on the hands of retired generals. Doctors, for that matter, are mere consultants, not frontliners!

A key part of growth, on the other hand, is the investors. They have the means to haul the economy to lucrative channels and can define economic progress. Sadly, given its resources, it bears the brunt of exploitation by shady characters who find coercive ways in extorting money, especially during election time.

All told, these vital sectors are defanged by forced circumstances.

More From: Echoes From 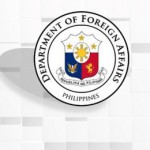 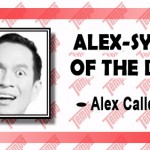