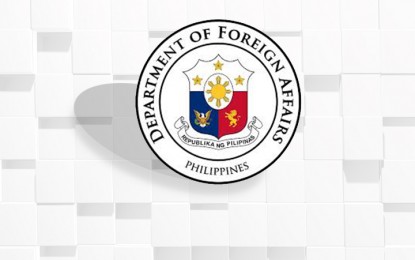 Land-based repatriates made up  231,537 or 70.7 percent of the total coming from at least 90 countries around the world. The remaining 95,974 or 29.3 percent are seafarers from more than 150 cruise ships, oil tankers, and other bulk vessels.

A three-person rapid response team also flew to Japan in the same month to assist the Philippine Embassy in Tokyo in the disembarkation and repatriation of Filipinos on board the COVID-19 stricken Diamond Princess cruise ship, which marked the beginning of the pandemic’s immediate impact on the cruise line industry where thousands of Filipino seafarers were working.

When countries started to close their borders in March last year, the tourism industry was heavily hit and cruise line companies were forced to suspend their operations. From March to June 2020, the DFA facilitated the daily arrival of chartered flights each carrying hundreds of seafarers from cruise ships docked all over Europe, North America, and the Caribbean.

In April, the DFA chartered flights to Cambodia, Vietnam, Thailand, Malaysia, Maldives, and Italy to bring home 1,096 distressed overseas Filipinos who lost their jobs and had no means to come home from those countries amid the escalating impact of COVID-19 crisis.

In June, the DFA sent a sweeper flight to Africa which stopped by Algeria, Tunisia, and Libya before heading home to the Philippines with 287 distressed overseas Filipinos on board.

The following month, the DFA  brought home 257 Filipinos from Uzbekistan and organized a repatriation flight for the Filipino victims of the explosion at the Port of Beirut in Lebanon to bring home 386 repatriates, many of whom sustained injuries from the blast.

It also organized a goodwill mission to Lebanon in September last year.

Together with the Chief of Presidential Protocol, the DFA travelled to Beirut and brought 5,000 boxes of relief goods for overseas Filipinos. Medical supplies such as vitamins and face masks were also donated to various Lebanese hospitals and other non-government organizations. On the return flight, 317 distressed Filipinos were repatriated.

In October, the mass repatriation of more than 500 Agrostudies students from Israel, the first repatriation of 92 overseas Filipino workers from Benghazi, Libya since 2017, and the first-ever repatriation by sea from Indonesia of 40 Filipino fishermen via the BRP Tubbataha was conducted.

Nine Filipino seafarers were brought home in November after their shipping vessel was abandoned by its owner at the Port of Djibouti.

December had the highest monthly total of repatriated overseas Filipinos at 51,770 despite the cancellation of several flights as a precautionary measure to the spread of the new COVID-19 strain. Sweeper flights were also organized to bring home distressed overseas Filipinos from Syria, Lebanon, Bahrain, Kuwait, Saudi Arabia and UAE, in time for the holiday season.

“While these are some of the highlights of the DFA’s repatriation efforts for this year, let us not forget the tireless dedication of our DFA frontliners who facilitated the return and provided airport assistance to hundreds of medical repatriates, victims of trafficking-in-persons, unaccompanied minor children, and senior citizens who were repatriated by the DFA this 2020,” Foreign Affairs Undersecretary for Migrant Workers’ Affairs Sarah Lou Y. Arriola said.

“As we start a new year, the DFA remains committed to its assistance-to-nationals mandate and renews its promise to bring home every Filipino who wishes to come home,” she added. 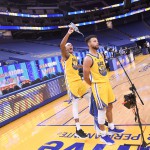