After a fourth-round knockout of Kell Brook last November, Crawford expressed desire to set up a match against Pacquiao, who hasn’t fought since beating Keith Thurman in July 2019 for the WBA super welterweight belt.
As reported by Bad Left Hook, a boxing blog under independent US sports network SB Nation, Crawford reiterated to Los Angeles-based journalist and commentator Bernardo Osuna Jr. in ESPN’s backstage interview during the Stevenson-Clary bout that he wanted to lock horns with the eight-division world champion.
“If I can have my way, I’ll have the Pacquiao fight next, and then the Spence fight,” said the undefeated Crawford, showing up in Las Vegas to support Shakur Stevenson, who won over Toka Khan Clary in their junior lightweight bout.
Top Rank promoter Bob Arum said the Crawford-Pacquiao would be a real possibility, considering to hold the match in Qatar around March or April next year.
The three boxing champions have been in the circle of talks since the start of the year, but the coronavirus pandemic affected the matchmakings big time.
Pacquiao, who will turn 42 on Dec. 17, reportedly clapped back and accepted Crawford’s challenge.
For the longest time as well, the unbeaten Spence, who defended his IBF and WBC welterweight titles against former champion Danny Garcia last Dec. 5, likewise hopes to brawl with either Crawford and Pacquiao.
While Crawford (37-0, 28 KO) prioritizes to face Pacquiao (62-7-2, 39 KO), the WBO champion considers Spence (27-0, 21 KO) as the next boxer in line.
“He got the job done, he got the victory, and that’s all that matters,” added Crawford. 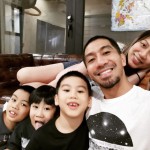