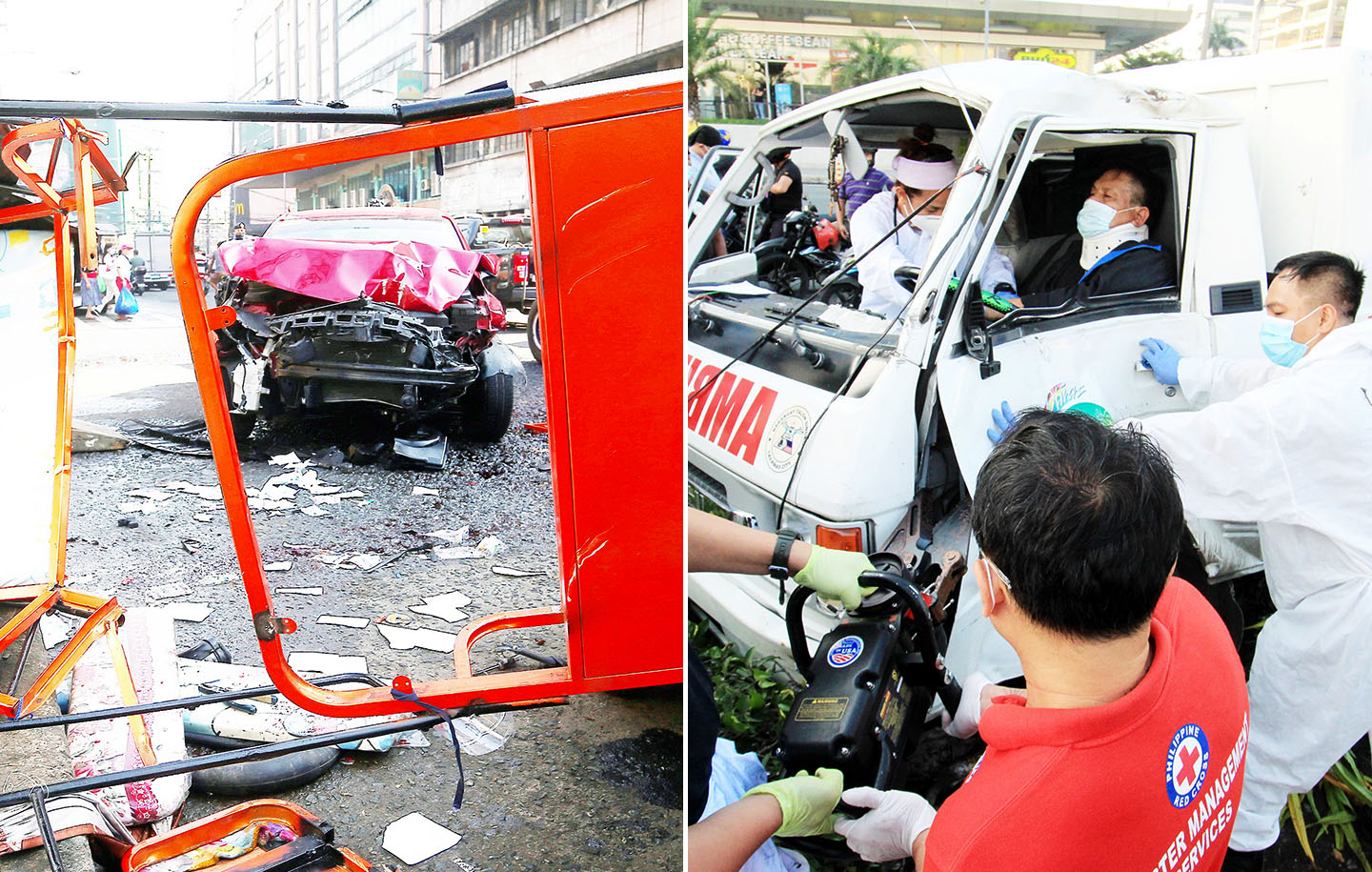 A man died while 14 others were injured Friday morning in two road accidents in Manila and Pasay City.

In Binondo, Manila, a wayward car rammed several vehicles at Divisoria area, killing a man and injuring six others at about 7:30 a.m.

Three other victims, including the fatality, have yet to be identified, police said.

Investigation showed that a red Hyundai Accent, driven by a certain Armando Pitas, 55, was traversing C.M. Recto Avenue from Sto. Cristo Street to Ylaya Street in Binondo when it plowed into several vehicles.

The fatality was cycling when he was hit by the car, according to witnesses.

Pitas told police that he lost control of his car when it suddenly accelerated.

On the same day, around 7:40 a.m., an ambulance and bus collided at the intersection of Macapagal Avenue and EDSA Extension in Pasay City.

According to the Metropolitan Manila Development Authority (MMDA), a pregnant woman being rushed to a hospital and seven others were injured during the collision.

The MMDA Metrobase said both vehicles were travelling Macapagal Avenue when the bus turned right to EDSA and hit the barangay ambulance.

The bus driver claimed that the ambulance suddenly appeared out of the blue.

“Apparently, the barangay ambulance was from Las Pinas City and was rushing to the hospital the woman in labor,” the MMDA personnel said.

The pregnant woman, however, was later transferred to Fabella Hospital as she was about to give birth.

“She sustained hematoma and injury on the left side of her face,” the MMDA Metrobase said.

The bus driver, MMDA said, is now under the custody of the Pasay City Traffic Bureau. 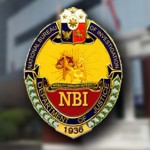 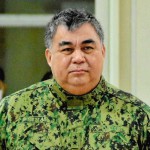