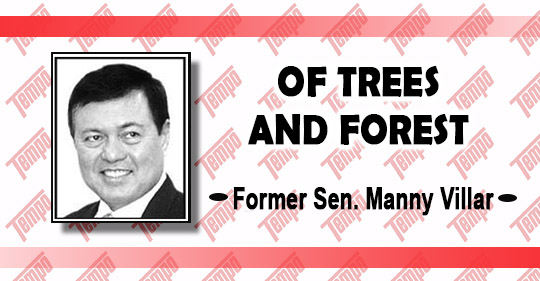 Nelson Mandela, revolutionary, political leader and former president of South Africa once said: “Education is the most powerful weapon which you can use to change the world.” And I absolutely agree. I think that education is our most effective weapon in the war against poverty. It is crucial in transforming our personal lives and it is indispensable in achieving prosperity for our country.

There are really two main anchors to my belief that education plays a crucial role in improving the quality of life of people. One is my idol, one of our national heroes, Andres Bonifacio. There is a myth regarding Bonifacio that sadly persists up to this day – that the Supremo is uneducated. Bonifacio was in fact a wide reader who devoured many books ranging from the lives of US presidents to the history of the French Revolution, from Jose Rizal’s “Noli Me Tangere” to Victor Hugo’s “Les Miserables.”

Even in the face of poverty and the loss of his parents, he properly educated himself about the world around him. He did this while working as a craftsman and then as clerk-messenger of foreign commercial firms in Manila. Many historians credit Bonifacio’s learnings of the ideologies of the French Revolution as the source of the foundation for the Katipunan – its moral codes, means of recruitment and mission-vision. Bonifacio, whose 157th birthday we commemorated a few days ago, is a personal hero of mine partly because he was a “Tondo boy” but mostly because he fought the limitations of his socio-economic circumstances and changed the course of Philippine history.

Education has always been a crucial factor in the transformations that have occurred in history. Our own educated class – the Ilustrados – led the reform movement against Spain. Education has led many entrepreneurs and start-ups to transform businesses and economies around the world. And I have always believed that education is key to winning our war against poverty. To me, this is not just some cliche. My life experiences prove the importance of education.

The first education I received was from my Nanay Curing. Very early in the morning, after sipping our cup of hot coffee, we would go to the Divisoria market to sell shrimps and fish. There, inside the small stall where we sold our goods, I learned my first lessons in hard work and persistence. That was my Entrepreneurship 101.

I studied at the Holy Child Catholic School (formerly the Tondo Parochial School), a small school founded by the Jesuits to serve poor communities. But it was in the University of the Philippines where I was able to expand my mission in life. I entered UP a young man who dreamed of earning a decent living and providing for his family. I left the beautiful campus of UP nurturing dreams of changing the country just like many of the women and men who attended the premier state university.

I’m sure it is not just me and it is not just UP. As I write this column, I know that millions of young Filipinos are working hard and persevering against all odds to be able to study and equip themselves so they can provide for their family and serve their country. They need our help. Those of us who did beat the odds, who succeeded despite the obstacles, we need to make sure that educational institutions continue doing their job of nurturing the dreams of young people. Bonifacio wrote the Duties of the Sons of the People, popularly known as the Decalogue and in it he wrote: “Help to the limit of your endurance, share your wealth with the needy or unfortunate”.

That is my dream. I want to see our country rise on the shoulders of young Filipinos who understand the value of education, hard work, and perseverance. They are the future of our nation but we need to make sure that they have a future first.

More From: Of Trees and Forest 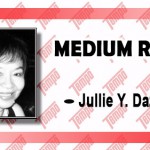 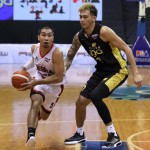