This came after Nepomuceno surpassed his own record for most bowling  itles which was first established in 2007.

The Guinness World Records has updated Paeng’s career titles to 133 from the previous of 118.

The bowling legend achieved his 133rd title in 2019 in Quezon City when he won the PTBA Mixed Open at 62 years old. It was also a record for being the oldest Masters champion.

Paeng holds three unbroken Guinness World records and was named “Athlete of the Century” at the end of 1999 and Athlete of the Millennium in 2000 by the Philippine Sportswriters Association.

He was the youngest World Tenpin bowling champion for winning the 1976 Bowling World Cup (BWC) in Tehran, Iran.

He also won the most worldwide titles in a career won over five different decades, and in six different continents which is currently 133. His previous World Record was first established (118) in 2007 then (124) in 2013.

Paeng was also enshrined in the Philippine Sports Hall of Fame on November 22, 2018. 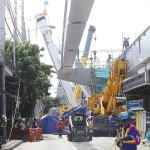 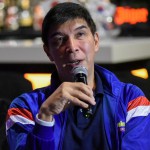