A FAMILY sleeps on the roof of their house in Iraga Solana, Cagayan, during massive flooding that hit the region since the onslaught of typhoon ‘Ulysses’. Photo courtesy of PRO2)

Police Lt. Col. Andree Abella, information officer of PRO2, said the victims were from the provinces of Cagayan, Nueva Vizcaya, Quirino, and Isabela. 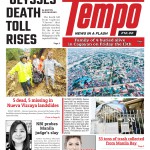 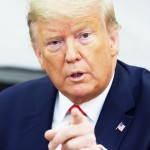