JUST A THOUGHT: “A single rose can be my garden… a single friend, my world.” – Leo Bus­caglia

ROCKIN’ HEAVEN: He must be rockin’ heaven with his wit, humor, craziness, wisdom.

That’s what friends of Isagani V. Red, popularly known as Isah Red, remembered the most about the late entertainment journalist, whose first death anniversary we celebrated on Sept. 21.

Isah’s friends from the Society of Philippine Entertainment Edi­tors (SPEED), which he founded in 2015, gathered in an online mass, followed by a short program that celebrated his life.

The event, hosted by SPEED officers Tessa M. Arriola and Don­don Sermino, unveiled a short film recalling the life of Isah, as prepared by Nicki Wang, his ward and successor as entertainment editor at The Standard.

Unilab, represented by com­munications head Claire Papa, took the lead in the celebration, with technical assist from Mo­nique Buensalido.

Mass, offered by Fr. Dan Can­cino, was beamed from the Señor Divino Tesoro chapel in Cainta.

HUMOR-FILLED: Memories of Isah, who passed at 67, ranged from controversial to humorous as recounted by his friends.

Asked to speak, I said that I missed Isah for his unique role in conferences.

He could be reckless, irrever­ent, but always funny.

One time, he screamed at a woman TV executive, creating quite a scene.

I feared he might collapse, suffer a heart attack.

I pulled him aside to calm him down. 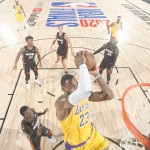 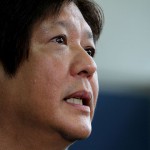