NEW YORK (AFP) – American Scottie Scheffler fired a stunning 12-under par 59 Friday but it was Dustin Johnson who settled for 60 who grabbed the second-round lead at the US PGA Northern Trust.

Scheffler, a 24-year-old rookie from Texas, had six birdies on both the front and back nine in a bogey-free tour of TPC Boston to become the 12th player with a sub-60 round on the US PGA Tour.

Scheffler, the second-youngest to manage the feat, was one shy of the all-time tour record score of 58 set by Jim Furyk in the final round of the 2016 Travelers Championship.

“I did a good job of staying in the moment and trying to make every putt,” Scheffler said. “It’s great to get in that zone.”

“It feels awesome. It’ll be better if I can keep it going the rest of the weekend.”

Fourth-ranked Johnson went 11-under in his first 11 holes before parring his way to the clubhouse for 60 that put him atop the leaderboard on 15-under par 127.

Johnson, the 2016 US Open champion, shared second at the PGA Championship earlier this month in San Francisco.

He had two eagles and three birdies over the first five holes for a stunning start and needed to trim only one number from par in the last seven holes to join the 59 club.

Instead, Johnson saved par from eight feet on 12, missed a 10-footer for birdie at 17, and found the right native area off the 18th tee, wishing later he had used a 3-wood. A final birdie chance from just inside 24 feet rolled just right of the cup.

Reaching the par-5 18th needing a birdie to break 60, Scheffler missed the fairway and was short of the green in two, then knocked the ball to 4 1/2 feet and sank the tense putt to complete his 59.

Scheffler, who broke the course record by two strokes, was level with Australia’s Cameron Davis, two adrift of Johnson.

World number 45 Scheffler also fired 59 in a casual round in Dallas while the tour was shut down due to the COVID-19 pandemic.

Scheffler made 23 putts and reached 16 of 18 greens in regulation despite finding only seven of 14 fairways.

The only younger player to fire a 59 in a PGA event was American Justin Thomas, who was 23 when he did it in the first round of the 2017 Sony Open in Hawaii.

An opening 70 had given Scheffler no inkling about what was to come.

”I didn’t have any expectations going into the round. I wanted to have a good start. I got some up and downs early and that got me into the round,” he said.

”I was definitely nervous coming down the stretch, but I think it helped me focus a little bit more.”

Johnson sank a 10-foot birdie at the first, a 41-footer for eagle at the par-5 second and a 20-footer to birdie to par-3 third. He blasted his tee shot four feet from the cup and made the eagle putt at the fourth and followed with a 14-foot birdie putt at the fifth.

After a tap-in birdie at the par-5 seventh and a six-footer at the par-3 eighth, Johnson parred the ninth to set a front-nine course record of 27, breaking Scheffler’s mark from hours before.

The tournament is the first of the US PGA’s three playoff events, with the top 70 in season points advancing to next week’s BMW Championship. The 30 best after that reach the Tour Championship next month in Atlanta.

Those missing the cut included PGA Championship winner Collin Morikawa on 143 and Aussie Jason Day, who was fourth at the PGA, on 145. 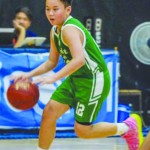 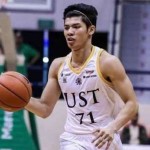