Manila Mayor Francisco “Isko Moreno” Domagoso has called on the public to report to the local government any product that will indicate on its packaging label that Manila is a province of China. In a Twitter post, Moreno said that he will not hesitate to order the shutdown of companies, especially if they are operating in his city, should they misrepresent Manila.

This came after the local government recently discovered that a beauty product company based in the city indicated on its label that its products are made in “Manila, Province of China.”

At least four stalls, including an administration office and warehouses where the beauty products were being repackaged, were shut down during an operation conducted by city authorities.

Moreno issued a stern warning that “even though we are in the middle of the pandemic,” he “will not let any invasion of our sovereignty.”

“Baka mina-mindset na tayo ng mga yan. Magulat na lang tayo, kung sino-sino na ang nasa bakuran natin. Magulat na lang tayo, iba na ang sagot ng mga bata sa Araling Panlipunan (They might have already been setting our minds. We might be surprised in the future that there would be other people in our yard and that our children would have different answers on their Social Studies subject),” he added. (Joseph Pedrajas) 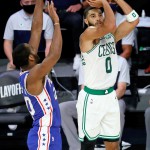