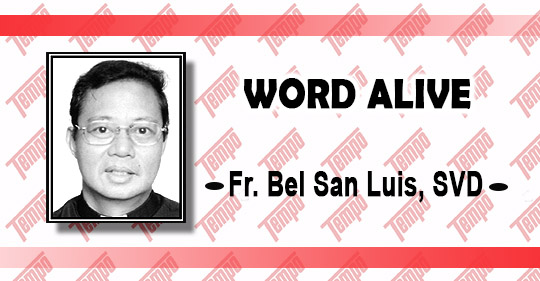 There’s an old saying which goes, “If at first you don’t succeed, try and try again.” (By the way, this doesn’t apply to committing suicide!).

That was just what the Canaanite woman did in the gospel of this 20th Sunday. She kept on pestering the Lord to the point of vexation to cure her possessed daughter.

Jesus tried to ignore her, then rebuffed her, finally insulted her by insinuating she was a housedog. “It is not fair to take the children’s food and throw it to the housedogs” (Mt 15,16). She was undaunted. Instead, she turned the table around by making a smart repartee, which stunned Jesus, “Ah yes, sir; but even housedogs can eat the scraps that fall from their master’s table.”

Jesus was so impressed by the woman’s brash reply that he exclaimed, “Woman, great is your faith. Let your wish be granted.” The lesson is clear. We should not get discouraged in our prayers. We should be “cheeky” in local parlance, “magpakapal ng mukha” and, like that Canaanite woman, our perseverance will be rewarded.

Some say, however, that their prayers fall on deaf ears. We should remember that prayer begins with the risk of asking or entrusting ourselves to silence, uncertainty and even rebuff. But Jesus emphatically says, “Never give up.”

A young man related to me how he was accused of child molestation with rape of a 16-year old girl. He struggled to defend himself in court even though he had no lawyer for lack of fund. The case lasted for seven years. All the while he kept praying to God, particularly St. Jude Thaddeus, called the Saint of the Impossible.

When the decision came out, the verdict was a stunning acquittal. The poor man cried with joy. When he came to our weekly devotion to St. Jude at Shrine of Jesus Divine Word in Christ the King Seminary compound, he said, “Father, I attribute everything to God and St. Jude. My persevering prayers paid off.

That’s what I tell others: “Never, never give up praying.”

Moreover, our prayer may not be answered because God has other plans. This is illustrated by the story of Louis Martin, a French man. He wanted to become a priest. However, he was turned down because of poor health. He abandoned his ambition, worked, and eventually got married to Zelie Guerin.

The couple bore nine children (at that time, there was no family planning yet!) and four of the girls entered the Carmelite Convent. One of them became outstanding in prayers, penance and humility, and she eventually became a saint, that is, St. Therese of the Child Jesus.

Had Louis become a priest, we would not have a Millennium Saint and Universal Patroness of the Church Missions today.

“When God closes a window, he opens another one.”

In these hard times of COVID-19 pandemic, we certainly need persevering prayer, prayer against the corona virus, prayer for healing of various sicknesses, severe financial hardship, peace in the families and other adversities.

As a spiritual writer puts it: “Prayer is the strength of everyone and the weakness of God. The more we pray, the stronger we become and God becomes weaker—and he gives in to our petition.”

ASK YOURSELF: Is my faith in God persevering, even though my prayers seemed ineffective? Or, do I get discouraged and give up? On discrimination, Jesus abolished it when he healed the non-Jewish Canaanite. Do we look down on people because of different religious beliefs, the color of their skin or low social status? Check your attitude and deeds if they match Jesus’ command and teaching.Jesus’ command and teaching.

As you start the day, don’t forget to PRAY that you may live…TAKE A BATH so others may live!

SUPPORT SEMINARIANS. It’s enrollment time of seminarians again. Share an amount or sponsor a seminarian’s schooling. Seminarians are very important in the Church. Without them, we cannot have priests, bishops, and popes since they all start as seminarians. Let’s help support them.

For inquiries, e-mail me at: [email protected] 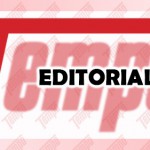 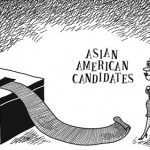