United City FC agreed to terms with brothers Manny and Mike Ott on Friday, becoming the latest players from Ceres-Negros to join the renamed club.

Club co-founder Eric Gottschalk confirmed the addition of the Ott siblings after United City spent the past weeks signing the core of the Ceres side that decided the transfer ownership to the current group of investors.

Gottschalk said that United City will soon announce four more signings while it awaits for a go-signal to start training sessions after the government reimposed a Modified Enhanced Community Quarantine on Metro Manila and surrounding provinces.

“Both, Manny and Mike, bring a tremendous amount of experience on the club and international level to the team and this will be instrumental in our pursuit to defend the PFL title and to progress from the AFC Cup Group stages in September in Vietnam,” said Gottschalk.

United City is eyeing to win the PFL crown if the domestic league can be held amid the COVID-19 pandemic and the country’s community quarantine regulations.

UCFC is also set to resume the AFC Cup campaign next month in Vietnam where it will play the remaining three matches of the group stage. 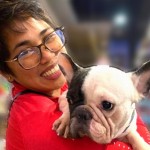 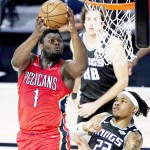