The death of comedian Kim Idol (real name Michael Argente) was confirmed by his mother. He was 41.

“You were one of the best talents Klownz and Zirkoh have ever had. One of the funniest on and off stage. You will always be remembered by people whose lives you touched through comedy. Rest in peace, Kim Idol. We will miss you,” Allan K wrote on Instagram.

Last week, Kim was in critical condition and on life support after being found unconscious in his room at the Philippine Arena where he was helping several COVID-19 patients.

In an interview sometime ago, and also confirmed by his mother, Kim said he has brain arteriovenous malformation (AVM), a rare medical condition characterized by a tangle of abnormal blood vessels connecting arteries and veins in the brain disrupting oxygen flow. 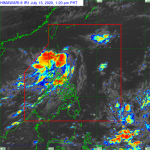 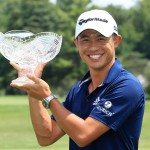