The three stars in the Philippine flag originally stood for Luzon, Panay and Mindanao.

While most Filipinos today know that the three stars represent the three major island groups – Luzon, Visayas and Mindanao – the stars were originally meant to represent Luzon, Panay and Mindanao where the revolutionary movement began.

Panay soon came to represent the Visayan chain of islands.

DID YOU KNOW? The American flag was designed by a high school student.

It started as a school project for Bob Heft’s junior-year history class, and it only earned a B minus in 1958.

His design had 50 stars, even though at that time, Alaska and Hawaii weren’t US states yet. Heft figured the two would earn state­hood soon and showed the government his design.

After President Dwight D. Eisenhower called to say his design was approved, Heft’s teacher changed his grade to an A.

The flag of the United States of America has 13 red stripes that are horizontal. It features a blue rectangle that carries 50 stars, rep­resenting the country’s 50 states.

TRIVIA PA MORE (Vari­ous Sources): Simunul is a small island off Bongao, Tawi-Tawi, which is consid­ered the cradle of Islam in the Philippines. From there, one can see Sabah, Malaysia with which the island people conduct a lot of trading.

Send your questions on anything and everything to Kuya Kim through my Twitter account @kuya­kim_atienza using #Alamin­KayKuyaKim. 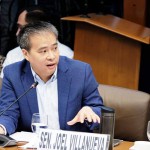 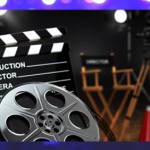