The Philippine Navy greatly boosted its current fleet with the low-key arrival of its first missile-capable frigate, to be christened BRP Jose Rizal (FF150), in Subic, Zambales last Saturday.

The event was documented during a fly-by of two anti-submarine helicopters, the Augusta Westland 159 and AW109.

Prior to this, a meeting procedure was held between the frigate and BRP Andres Bonifacio with AW109 in the vicinity of Sta. Cruz, Zambales before it was finally escorted to its designated anchorage area.

While at anchor, the sailing crew will undergo a two-week quarantine in adherence to strict health protocols to curb the spread of COVID-19. The technical inspection and acceptance of the frigate will commence after the quarantine period.

The frigate, named after national hero Jose Rizal, will tentatively be commissioned into service on June 19, his birth anniversary. The 351 by 46-feet warship weighs 2,600 tons.

It will also be equipped with a Hanwha Systems’ Naval Shield combat management system, regarded as the “brain” of military warship, which integrates all shipboard sensors and weapons.

This means that the ships will be able to detect and track air, surface, and sub-surface targets.

The same type of CMS was used by the Korean, Malaysian, and Indonesian navies.

The frigate is the lead ship of its class and was built together with its sister ship, BRP Antonio Luna (FF151), which is set to be delivered in September this year.

The two missile frigates are part of an R18-billion contract between the Philippines and South Korea through shipbuilder Hyundai Heavy Industries in October 2016. Each frigate costs R8 billion, with some R2 billion allotted for their systems and munition.

Meanwhile, Malacañang said yesterday the arrival of BRP Jose Rizal is a “testament” to the government’s resolve to modernize the military as well as a “breakthrough” in the PN’s transformation journey.

Presidential spokesman Harry Roque affirmed that the government remains committed in building a strong and credible maritime force to protect the country’s seas from threats.

“We are pleased to announce the historic arrival to the Philippines of BRP Jose Rizal, our country’s first-ever guided-missile frigate. The arrival of the country’s most advanced warship, delivered during this administration, is a testament to President Rodrigo Roa Duterte’s commitment to modernize our armed forces,” Roque said. (Martin Sadongdong and Genalyn Kabiling) 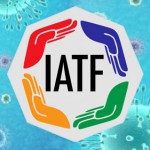 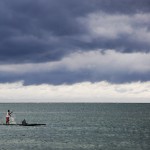