COMMUTERS in masks wait to board a canal boat at Pratunam Pier in Bangkok. (AFP)

Voicing joy and excitement from behind face masks, tens of thousands of people fled Wuhan on Wednesday after a 76-day travel ban was lifted on the Chinese city where the coronavirus pandemic first emerged.

Previously quiet train and bus stations bustled as an exodus began from the city of 11 million, with some passengers wearing hazmat suits.

Hao Mei, a single parent from the nearby city of Enshi, said her two children had been home alone since she got stuck in Wuhan, where she works in a school kitchen.

“You have no idea! I was already up around 4 am. I felt so good. My kids are so excited. Mum is finally coming home,” the 39-year-old told AFP as she waited to board a train.

“At the start of the lockdown, I cried every night. I was really miserable, because my little girl is still young, she’s only 10.”

Up to 55,000 people are expected to leave Wuhan on Wednesday just by train, according to government estimates.

Buses and cars were also on roads out of the city on Wednesday morning, after barricades on its outskirts were dismantled with the ban on outbound travel being lifted at midnight.

Wuhan led the world with an unprecedented quarantine lockdown on January 23 in a bid to stop the spread of the then-mysterious respiratory virus.

Chinese disease-control officials said in January that the virus likely leapt from wildlife to humans at a Wuhan market that sold wild animals for food.

The rest of surrounding Hubei province quickly followed Wuhan, cutting tens of millions of people off from the world.

As the virus spread rapidly around the globe, many countries were forced to impose similar draconian measures that have forced around half of humanity into some form of lockdown.

But while the pandemic continues to worsen in many other parts of the world, with the global death toll surpassing 80,000, the quarantine measures have appeared to pay off in Wuhan and other parts of China.

Its officially reported number of deaths and overall infections has plummeted in recent weeks.

China’s ruling Communist Party — accused of a slow-footed response and an initial attempt to cover up the outbreak — has portrayed its subsequent containment efforts as a huge success.

“Wuhan deserves to be called the city of heroes,” blared an announcement over the one of the city’s train station PA system’s on Wednesday.

“Wuhan has lost a lot in this epidemic, and Wuhan people have paid a big price,” a 21-year-old man surnamed Yao, who was heading back to his restaurant job in Shanghai, told AFP.

“Now that the lockdown has been lifted, I think we’re all pretty happy.”

Restrictions began to be eased for residents of Hubei, which has suffered the majority of China’s officially reported 3,300 deaths, about two weeks ago.

Authorities, however, waited until Wednesday to allow normal traffic out of Wuhan amid lingering fears elsewhere in China that people from the city pose a risk.

Those fears were clearly evident throughout Wuhan despite the buzz of excitement.

At the city’s Hankou train station a robot whizzed through crowds of passengers, spraying their feet with disinfectant and playing a recorded message reminding them to wear face masks.

Passengers also had to submit to temperature checks and show a green “health code” on their phone, meaning they are considered healthy, allowing them to travel.

Part of the “health code” approval is based on their neighbourhood having been declared virus-free.

Many travelers from Wuhan will also face two-week quarantines in their destination provinces. (AFP) 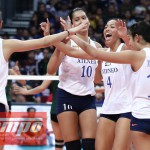 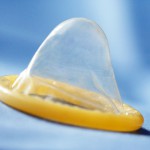