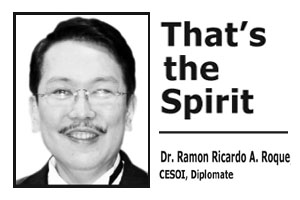 THE 2nd Senator Edgardo J. An­gara Memorial Public Lecture on Public Policy of San Beda University’s The Venerable Bede Distinguished Public Lecture Series scheduled today, February 4, will discuss on combating climate change and its impact, a very timely topic given the recent devastating global disasters at the start of the year 2020 causing deaths to humans and animals as well as damages to properties.

Extreme cold and heavy snow in Afghanistan; bushfire burns Blue Mountain and Gondwana rainforests in Australia; storms hit Bolivia; gi­ant sinkhole found in China; smog emergency across Southern Europe; avalanches and extreme weather in Pakistan; gales and flood in the United Kingdom; and eruption of Taal Volcano and intermittent earth­quakes in Batangas – these are but consequences of worsening global warming and climate change.

Beginning in the 19th century when coal came into use, scientists have already warned the people around the world of the impact of global warming and climate change. It even became more threatening with the increased use of fossil fuels to include gasoline, kerosene, diesel, natural gas, and petrochemical.

These fossil fuels release carbon dioxide that adds up to the carbon already stored in the atmosphere from millions of years ago. That is what is heating our earth and affect­ing every human being and living thing. Greenhouse emissions from human activities are seen as the main factor for global warming over the last century and may continue and even worsen if human behavior does not change.

All governments worldwide in partnership with private sectors, NGOs, religious organizations and individuals have not taken the warn­ing sitting down and have agreed to take collective action immediately. Unfortunately, despite these current global commitments and collabora­tive efforts to mitigate the adverse effects of climate change to ensure sustainability and food security, efforts fall short in addressing the crisis.

In the message of Pope Francis’ message to the participants of the U.N. Climate Change Conference, COP25, in Madrid last December 2019, he observed that awareness is still weak that “unable to respond adequately to that strong sense of urgency for rapid action called for by the scientific data at our disposal.” He called on the current interna­tional leaders and regular citizens to act and “offer the next generation concrete reasons to hope and work for a good and dignified future.”

While mitigating the impact of climate change is a global concern and action, each individual has to change behavior in their day-to-day life to contribute significantly to the success of global initiatives.

Reduce individual carbon foot­print by taking public transport instead of a car, walking for short trips or carpooling. Eating less meat and more vegetables, pulses, and grains. Turning off the light when leaving a room or the water when shampooing.

Be constantly aware and updated on the latest research and action programs on climate change.

On the 2nd lecture series on February 4, Secretary Emmanuel M. de Guzman of the Climate Change Commission will talk on Philippine government efforts on combating climate change and its impact while Prof. Antonio Gabriel M. La Viña, LLB, LLM, JSD of the San Beda Graduate School of Law on the role of a Catholic university. Discussants will be Dr. Jose Santos R. Carandang of DLSU and Dr. Pedcris M. Orencio of SEARCA-NCR. 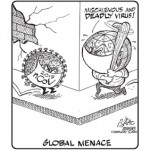 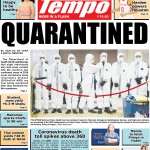