The namesake and son of the late President Ferdinand Marcos served as senator from June 2010 to June 2016 before he ran for vice president. Bongbong lost to Robredo by a slim margin of 263,473 votes.

Marcos protested the results of the vice presidential elections before the Supreme Court, acting as the Presidential Electoral Tribunal.

The PET issued a resolution in October last year that ruled Robredo’s lead over Marcos increased by as much as 15,093 votes based on the initial recount in the pilot provinces of Camarines Sur, Iloilo, and Negros Oriental.

Instead of dismissing Marcos’ protest, the PET required both parties to comment on the recount results and on Marcos’ third cause of action before a final resolution. (Raymund Antonio) 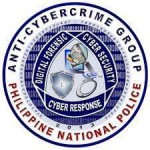