Senate President Pro-Tempore Ralph Recto is proposing, through Senate Bill No. 601, to revise the National Internal Revenue Code of 1997 specifically to exempt the income earned by employees both in the public and private sectors for overtime work from being taxed.

As minimum wage earners are already exempt from the payment of income tax, the proposal of Senator Recto will effectively extend the tax exemption privilege to those who are earning more than the tax-exempt threshold.

Should this be a concern for the government in terms of expected revenues?

This column shares the position of Senator Recto that such will not result in revenue loss for the govern­ment since higher disposable income of workers will mean higher con­sumption and thus, higher income from various consumption taxes such as the Valued Added Tax (VAT).

The essence of such proposal should not be limited to government revenue. In fact, it is really a mat­ter of “service” to the people with the concerned employees as direct beneficiaries.

Exempting income from overtime services from tax is effectively an economic assistance service to mil­lions of workers in the country.

One can look at it as a differ­ent variant of the government’s Pantawid Pamilyang Pilipino (4Ps) Program. Instead of giving cash to the economically-challenged Filipinos as a way of helping them make ends meet, the Recto proposal aims to realize the same result but through the non-deduction of taxes from income earned.

In general, employees earn 25% more for overtime services. The proposal also puts more premium on the value of labor in our country. In effect, the proposal is advocating a higher value for work performed outside the regular eight hours. Indeed, such higher premium is both just and necessary because a worker is expected to give more not only in terms of time but also of skills and effort in doing overtime work. The added premium is also proper because workers need to be “compensated” for what they have to sacrifice (like time with their fam­ily) just to render overtime work.

Loss in government revenue due to the implementation of this proposal should not be a concern for the government, particularly for the Duterte Administration, because it is on the right track on revenue generating measures like higher sin tax rates. Additionally, the govern­ment is also doing a good job in addressing the corruption problem and in institutionalizing more ef­ficient operations of government agencies.

Tax-exempt income from over­time service is a new service that truly responds to the needs of the public. 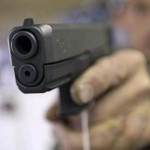