A Korean was arrested by government agents on Tuesday for allegedly using his rented condominium unit in Quezon City as a drug laboratory.

A report from the Quezon City Police District (QCPD) identified the suspect as Jungkil Kim, alias “Joseph,” 57, reportedly a chemist.

Kim was nabbed during the implementation of a search warrant by joint operatives of the National Bureau of Investigation (NBI), Manila Police District, and QCPD’s Masambong Police Station (PS-2).

Authorities searched Kim’s unit in a condominium building at the corner of Nueva Vizcata and Misamis Streets in Barangay Sto. Cristo around 3 p.m. on Tuesday after receiving reports about the illegal drug activities there.

During the raid, operatives were able to recover several laboratory instruments, chemicals, and drug paraphernalia inside the suspect’s rented unit.

The suspect is now under the custody of the police and will be charged for violation of the anti-drugs law. 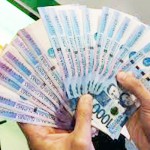 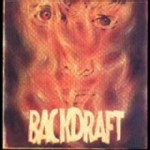