Honorio "The Rock" Banario | ONE Championship

Honorio “The Rock” Banario might be out of the ONE Lightweight Grand Prix, but that is not stopping his quest to become a World Champion once again.

Banario will instead be taking on “Crazy Dog” Dae Sung Park of South Korea in a lightweight showdown at ONE: DAWN OF HEROES on Friday, 2 August when ONE Championship returns to Manila, Philippines at the Mall of Asia Arena.

With everyone still awaiting the results of the Grand Prix, Banario said that he could step in and maybe challenge the ONE Lightweight World Champion Christian “The Warrior” Lee if he puts on a good showing on Friday.

“I am so focused in winning in Manila because I know a lot of things can happen after that night,” Banario said.

Banario believes that his match with Lee has fireworks written all over it, especially with their willingness to put on a show for the crowd.

“For sure that will be a very good fight. If that happens, he’ll find out that I’m different from all the people that he’s faced,” Banario said. “I’ll do everything to get that second World Title.”

The Mankayan, Benguet native however isn’t one to look past opponents.

While he keeps talking about a potential World Title shot, the 29-year old said that his head is entirely focused on Park, who has also been on a roll in The Home Of Martial Arts.

Park is fresh off a TKO victory over Kimihiro Eto atONE: MASTERS OF DESTINY this past 12 July, making him a dangerous foe for Banario, who is making his return to the Circle for the first time since January.

“Happy to say that I am 100 percent ready both mentally and physically. Now we’re down to the polishing of our game plan and staying healthy until fight night,” Banario said.

“As I’ve said, this is a big fight for me because this could be the way for me to slither into a World Title shot.” 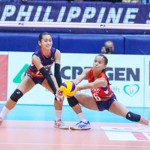 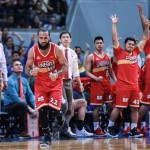