F2 Logistics flirted with disaster before escaping with a thrilling 25-19, 25-27, 25-22, 18-25, 15-13 win to preserve its unbeaten record in the Philippine Superliga All-Filipino Conference yesterday at The Arena in San Juan City.

The Cargo Movers nearly collapsed in the deciding set as they committed five of their 32 errors but recovered just in time to notch their 10th straight win in the women’s club tournament bankrolled by Team Rebel Sports, SOGO, Eurotel, PCSO, Cocolife, UCPB Gen, Mueller, Senoh, Asics, Bizooku and One Sport.

The Cargo Movers trailed by three, 7-10, before Desiree Cheng, Ara Galang and Kianna Dy stopped the bleeding to gain the equalizer, 11-all.

Skipper Angeli Araneta tried to keep the Lifesavers afloat with an attack, but she crashed with a knee injury, allowing the Cargo Movers to deliver the knockout blows and wrap up the battle after two hours and 42 minutes, the longest game so far in this tourney that also has ESPN5 and Kapatid TV5 as broadcast partners.

“I told them that our opponents won’t give us confidence, it should start from us,” said F2 Logistics head coach Ramil De Jesus.

“They didn’t show enough respect to Generika. I think they lacked of preparation. They knew that we beat Generika in the first round in three sets but they really showed a great game, while some had wrong decisions in the match.”

Kalei Mau had 25 points but struggled at the attack zone, hitting only 24 of 77 attempts and protected the floor with 23 digs and 16 excellent receptions while Ara Galang put up 16 points.

The Lifesavers dropped to 6-5 win-loss record at fourth place. 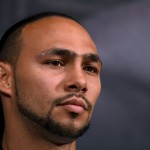