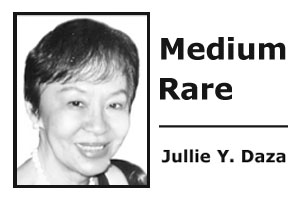 WHEN the US State Depart­ment sent Sung Kim over as America’s ambassador to the Phil­ippines, I was on pins and needles wondering what kind of word war our President would unleash at the envoy and his country. Am­bassador Sung’s predecessor did not leave with a diplomatic pouch filled with 100 percent happy memories, not with all the name-calling he received at his end. The tension between Malacañang and the US embassy had deteriorated into a personal/personality thing between President Duterte and Ambassador Philip Goldberg, but it also affected the heavy stuff like purchase of US-made weap­ons, EDCA, military war games, etc.

Along came a new ambassador with a Korean name and what our seven-year-old Alli calls his “Asian looks” and almost overnight the Digong seemed a changed man. Just because Mr. Sung was sent here as Donald Trump’s alter ego and not Barack Obama’s?

My chance to grasp the origins of a “thaw” in PH-US relations came when I met the ambassa­dor for a third time, at a birth­day party. Having previously chat­ted with him briefly at concerts at Ayala Museum and CCP, where his host was my friend Lin Bild­ner of New York, I did not feel shy about striking up a more lengthy conversation with him. (It helped that we were both bored; besides, the Balangiga bells had just been returned by America, a victory for the PRRD administration and a historic event for the people of Samar and the Philippines.)

“Mr. Ambassador,” I began, “what did you do to our President? He’s obviously behaving himself – why’s he nice to you?”

His eyes lighted up as he narrat­ed his introduction to PRRD: “Dur­ing the ride to Malacañang I was thinking, what could I say to the President? I racked my brain.”

The answer came in a flash of genius: “I told him, Mr. President, we have something in common. Like you, I was a prosecutor.” Six magic words.

In a press statement, Ambas­sador Sung Kim said he was “ex­cited” about his next posting in Jakarta. He will be succeeded in Manila by a lady, another envoy with an Asian name and looks. Secretary Mike Pompeo knows his stuff. 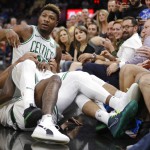 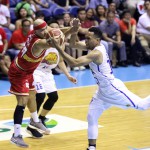