The absence of Marcio Lassiter may play a crucial factor as San Miguel Beer and Rain or Shine start their best-of-five semifinal series in the PBA Commissioner’s Cup at the Smart Araneta Coliseum.

Tipoff is set at 6:30 p.m. with the Beermen set to miss the services of Lassiter, who will be sidelined for the next six weeks after spraining his left MCL in their quarterfinal victory over the NorthPort Batang Pier.

While Lassiter’s injury could be the break Rain or Shine needs in order to score an upset win, coach Caloy Garcia doesn’t see it that way.

The Painters advanced to the semis with an 85-83 win over Blackwater in their do-or-die match on Thursday – thanks to Rey Nambatac.

Nambatac, whose clutch heroics propelled Rain or Shine to a hard-fought quarterfinal series triumph over Blackwater, believes the Lassiter factor could give them a fighting chance to topple the fancied Beermen.

“Kaya para sa amin, kahit papaano mapapadali rin yung pagpapatakbo ng sistema namin at siyempre sa depensa na rin (For us, it could make it a bit easy for us to run our system and also our defensive strategies.),” added the sophomore guard. 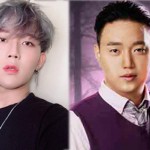