Ceres-Negros downed Green Archers United, 2-0, over the weekend to tighten its grip on top spot in the Philippines Football League at the PFF National Training Center in Carmona, Cavite.

An own goal by United’s Fredy Lobe Mbang seven minutes after kickoff put the Busmen up front before Mike Ott doubled the lead in the 28th to extend the defending two-time champions’ winning streak to seven matches.

The Busmen improved to 22 points after eight games to move three clear of second-running Kaya-Iloilo.

Stallion-Laguna moved two points behind Kaya after a 1-0 victory over Mendiola at the PFF pitch.

Abou Sy’s goal in the 80th prevented Stallion from being held to a draw and improve to 17 points through nine matches.

The Horsemen also extended their hold on third spot over Green Archers to three points. 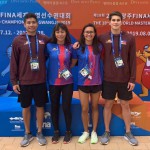