Rain or Shine came back from eight points down in the final 92 seconds to stun Blackwater, 83-80, and take Game 1 of their best-of-three quarterfinal series in the PBA Commissioner’s Cup at the Mall of Asia Arena.

Rey Nambatac capped off the Elasto Painters rally from an 80-72 deficit by knocking 25-foot three with 2.3 seconds left, putting them one win from advancing to the semifinals for the second straight conference.

Import Carl Montgomery and Gabe Norwood were also key in the improbable windup when Rain or Shine appeared on the brink of defeat when Ray Parks Jr’s three made it an eight-point game with 1:32 remaining in the contest.

Montgomery drained a three and Parks slipped and lost the ball when Rain or Shine went for a full court press that enabled Nambatac to score to cut the gap to 80-77.

Returning import Greg Smith missed a jump hook and Norwood capitalized on an open space created by Nambatac with a tying three, 38.6 remaining in the match.

Parks tried to put the Elite back on top but missed a fadeaway jumper off two defenders, setting up Nambatac’s rainbow shot that left the Elasto Painters in ecstasy.

Nambatac finished with 13 points, six rebounds, two assists and two steals and Montgomery produced 17 points and 19 rebounds for Rain or Shine, which goes for the sweep of Blackwater on Tuesday at the Smart Araneta Coliseum.

Parks had 20 points and six rebounds in his first PBA playoff game but his performance went to waste as the Elite blew a chance to move closer toward a breakthrough semifinal appearance.

Mac Belo had an impressive showing despite the loss with 17 points and 10 rebounds while Smith produced 16 points and 19 rebounds after replacing the injured Staphon Blair. 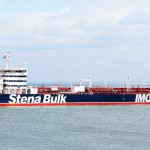 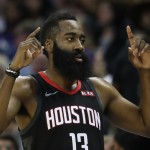