Ceres-Negros returns to action on Sunday against Green Archers United in the Philippines Football League at the PFF National Training Center in Carmona, Cavite.

The Busmen shoot for a seventh straight win and tighten their hold on top spot against Green Archers in the 3:30 p.m. match.

Ceres, tied with Kaya-Iloilo at 19 points apiece but is ahead on goal difference, hopes to make up for lost time after Wednesday’s match against Global-Makati was abandoned due to the latter’s failure to field a team.

Green Archers tries to score an upset in its first match since July 14 when it routed Global, 9-0.

Stallion-Laguna looks to close in on second-running Kaya in Saturday’s clash with Mendiola FC 1991 also at the PFF pitch.

Stallion, three points behind Kaya, is coming off a 6-2 romp of Air Force last Wednesday at the Binan Football Stadium. 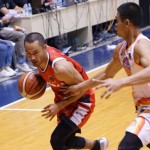