LAS VEGAS – The major players of the welterweight division will be in attendance Saturday night when Manny Pacquiao faces Keith Thurman in
their World Boxing Association unification war at the MGM Grand.

Aside from Shawn Porter and Errol Spence, expected to take the spotlight is Floyd Mayweather, whose presence will rekindle talks about a comeback especially if Pacquiao emerges victorious.

World Boxing Council champion Porter, a former Pacquiao sparmate and Spence, the International Boxing Federation titlist, are on a collision course with the winner eyed to meet the victor of the Pacquiao-Thurman bout.

Everyone, including Mayweather, fight under the banner of Al Haymon, the low-profile head of Premier Boxing Champions (PBC), which is staging this weekend’s big card.

The 147-lb class is dominated by fighters from the PBC and only Terence Crawford, the World Boxing Organization titleholder, is an outsider since he is aligned with Bob Arum of Top Rank.

Pacquiao, 40, signed up with PBC last year and had his first fight with Adrien Broner last January, after a long relationship with Top Rank. 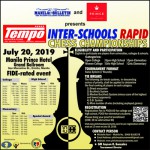 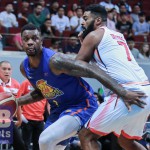