LAS VEGAS – The odds have turned against Keith Thurman.

Being the fight favorite has been a Pacquiao staple ever since his meteoric rise following the landmark win over Oscar Dela Hoya. The only time Pacquiao was listed the underdog was in 2015 when he met Floyd Mayweather.

There was a time when there was nothing on Pacquiao especially in June 2001, his US debut, when he battered Lehlo Ledwaba also at the MGM Grand.

Pacquiao was an unknown commodity that oddsmakers didn’t list that fight on the sportsbook.

The last time he was the huge underdog was in Nov. 2003 when Pacquiao met Marco Antonio Barrera in San Antonio, Texas. Pacquiao stopped Barrera in 11 rounds.

As soon as he walked inside his lavish Skylofts suite early Monday evening (Tuesday morning in Manila), Pacquiao immediately went to play the piano, looking and sounding as if he is on vacation mode.

Pacquiao’s training, however, will be watched strictly owing to the sizzling weather in the desert.

When Pacquiao arrived here, the temperate was recorded at a scorching 108 degrees Fahrenheit (42 degrees Celsius).

To lessen the effects of the hot climate, Pacquiao will likely do his morning run at 6 a.m. when it is a comfortable 27 degrees Celsius. By noontime, it will be 40 degrees again as there are plans to go to the gym for the usual training session.

Meanwhile, Pacquiao and Thurman’s grand arrivals will happen at 3:30 p.m. followed by the press conference on Wednesday afternoon.

Just before heading here on a Mercedes Benz Sprinter that hit the freeways of Los Angeles, Pacquiao had to be restrained from burning himself out as he pleaded to everyone to let him do one more round of every training routine.

“Reserve it,” said Buboy Fernandez, who a few minutes earlier was the recipient of Pacquiao’s thunderous blows.

Hall of Fame trainer Freddie Roach could only roll his eyes as Pacquiao continued to go further even as he had already racked up four rounds of sparring against AB Lopez and several more with the punch mitts with Fernandez. 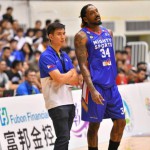 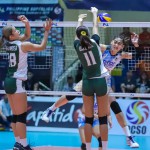