LOS ANGELES (AFP) – Trainer Freddie Roach said Wednesday he hopes Manny Pacquiao can set up a rematch with Floyd Mayweather after the Filipino legend takes care of business against Keith Thurman in Las Vegas this month.

Roach told reporters he was still bothered by Pacquiao’s defeat to Mayweather in their 2015 clash, which was hyped as the “Fight of the Century’’ but ultimately left boxing fans disappointed.

Pacquiao later said a shoulder injury had hampered his performance during the 12-round defeat, while Mayweather headed into retirement later that year with an unblemished record. 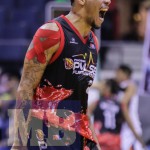