He gave them simple instructions, as straightforward as the instructions he also got from his boss “basta tayo trabaho lang. Tulungan ang mga atleta.”

“He will be my first alternate when I am unable to attend to an official function,” the sports chief explained.

Ramirez said he is banking on the experience of his DCDMs to contribute positively on the delegation’s preparations. Fernandez meanwhile, thanked Ramirez and his co-DCDMs for welcoming him to the group as expressing that he is “happy to be working with such driven people.”

During the meeting, Ramirez reminded everyone of the President’s instruction to ensure that the athletes are given the support they need and are shielded from the issues hounding the sports community these days.

The DCDMs also got their cluster assignments in the same meeting.

Milby and Agustin split the 19 sports in the Clark hub plus surfing in Pangasinan. Kiram will oversee the Subic Cluster which has 16 sports.

Maxey and (Mon) Fernandez will cover Metro Manila and South Luzon sports. Stephen Fernandez will assist Ramirez in the overall monitoring and support for the national team.

They have agreed to continue the weekly Thursday meetings and will be going around training venues of Team Philippines for monitoring, starting next week.

They will be attending the 2nd Chefs de Mission meeting with Ramirez on July 11, along with the CDMs of the 10 other participating countries in the upcoming SEA Games. 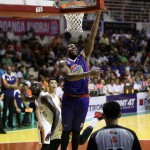