Rain or Shine has began looking for a new import after Denzel Bowles was ruled out for the rest of the PBA Commissioner’s Cup due to a knee injury sustained in Saturday’s 86-84 win over Alaska.

Bowles was diagnosed with a medial meniscus tear and small medial collateral ligament tear after his left knee collided with the Aces’ Jeron Teng during the game held at the Mall of Asia Arena.

Coach Caloy Garcia said Bowles felt “something cracked” when he sustained the injury with 4:03 remaining in the second quarter.

The Petron Saturday Special triumph over the Aces put the Elasto Painters in a tie for sixth place with the Phoenix Pulse Fuel Masters at 4-5.

Phoenix earlier in the day absorbed a 100-98 loss to Columbian when Reden Celda scored a runner following a chasedown block by Glenn Khobuntin on the other end.

Rain or Shine could have a new import by Wednesday when it tackles Magnolia at the Smart Araneta Coliseum.

The team’s last assignment is on Saturday against the San Miguel Beermen at the Xavier University Gym in Cagayan de Oro City.

ROS managed to eke out a win over Alaska despite Bowles’ absence with Mark Borboran, rookie Javee Mocon, Ed Daquioag and Sidney Onwubere making key contributions on both ends in the second half.

The Elasto Painters gained a half-game advantage over the Aces and the Beermen, who are in eighth and ninth in the standings.

Alaska fell to 4-6 after four straight defeats while SMB is at 3-5. 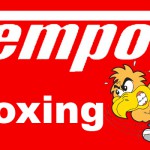