Reece “Lightning” McLaren is set to step-in and take on Danny “The King” Kingad in the semifinals of the ONE Flyweight Grand Prix at ONE: DAWN OF HEROES on 2 August at the Mall of Asia Arena in Manila, Philippines.

McLaren will be stepping-in for the injured Kairat “The Kazakh” Akhmetov who he lost to in the quarterfinals of the tournament just a couple of months ago at ONE: A NEW ERA.

But since the Kazakh had to unfortunately pull out with less than a month into the match, the former ONE Bantamweight World Title contender had to take his spot and challenge the Filipino rising star.

While Kingad has been busy preparing for the Kazakh’s wrestling, now he has to worry about McLaren’s dangerous ground game altogether, being a Brazilian Jiu Jitsu blackbelt while having seven of his 12 wins by submission.

Team Lakay, however, will still know how to beat McLaren as Kingad’s teammate in Kevin Belingon needed just over a minute to finish him off.

It’s gonna be easier said than done for Kingad this time, but with his workrate, he’s expected to adjust quickly.

Also adding prestige to the card is the inclusion of former ONE Flyweight World Champion Geje “Gravity” Eustaquio.

Eustaquio will be taking on Yuya Wakamatsu in the undercard of the said event, making him the fifth Team Lakay warrior on the card.

Eustaquio is fresh off a unanimous decision win over Kim Kyu Sung at ONE: ENTER THE DRAGON and now he’ll be looking to make it two in a row against the dangerous Wakamatsu in Manila. 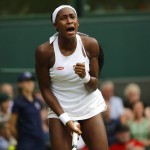