Danny Seigle is one of San Miguel Beer players expected to deliver the goods when they face the Alaska Milkmen today.

Set at 8 p.m., the Beermen seek a grand sweep of the four-team tournament organized by UNTV President and CEO Daniel Razon in cooperation with the PBA Legends Foundation chaired by former Crispa star Atoy Co.

San Miguel goes into the game with a big psychological advantage having swept the elims, including a 76-61 drubbing of the Milkmen – thanks largely to Allan Caidic’s five triples.

Crowd-favorite Ginebra and Purefoods battle for third place at 6 p.m. Razon said the combined prizes of the tournament worth P2 million – P1 million to the champion, R500,000 to the runnerup, R300,000 and R200,000 to the third and fourth placers, respectively – will go to the Legends Foundation.

General admission is free to public. Gates will be opened at 3 p.m. with PBA Commissioner Willie Marcial expected to grace the affair designed to benefit former PBA players.

San Miguel and Alaska sealed a title showdown by beating their respective semis rivals with the former scoring a 79-70 win over the Alvin Patrimonio-led Hotdogs while the Milkmen overpowered the Gin Kings, 84-69, despite playing only with seven players.

Adding color to the SMB-Alaska tiff is the showdown between Johnny Abarrientos of the Milkmen and Olsen Racela of the Beermen.

Though Abarrientos still surprisingly deadly with his crossover moves, the Milkmen should firm up their defense since Caidic, Danny Seigle, Dondon Hontiveros, Chris Calagio and Nic Belasco are still capable of knocking down threes – not to mention the inside plays of still fit two-time former MVP Danny Ildefonso.

Bong Hawkins, Jojo Lastimosa, Jeffrey Cariaso and former MVP Kenneth Duremdes should be ready for their fireworks – that means they have to be extra quick and sharp. 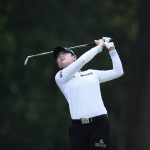