Namchok Tantipokhakul and Wisut Artjanawat try to make three-for-three for Thailand as they banner the stellar international cast vying for top honors in the ICTSI Manila Southwoods Championship, which gets going Tuesday at the Legends course in Carmona, Cavite.

Tantipokhakul rallied with a 67 in the final round and nipped Finland’s Teemu Putkonen by one in the kickoff leg of the Philippine Golf Tour Asia’s third season at Luisita Golf and Country Club in Tarlac last April while Artjanawat charged back from six down and stunned a slew of Taiwanese to snatch the Taiwan PGA Open crown last May, the first PGT Asia co-sanctioned event abroad.

That should make the Thai duo the marked players in the upcoming $100,000 event sponsored by ICTSI, which drew 121 bidders, including those from Singapore, Laos, England, Korea, Japan, Australia, Syria, Malaysia, Colombia, India, Argentina, Venezuela, Spain, Finland, Macedonia, South Africa, the Netherlands, and the US.

But the Thais will surely draw much of the attention given their strong showing in the first two legs of the region’s emerging circuit organized by Pilipinas Golf Tournaments, Inc. and backed by PLDT Enterprise, Meralco, BDO and PGT Asia official apparel Pin High. 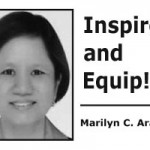