Defending two-time champion Ceres-Negros resumes its domestic campaign after a disappointing AFC Cup exit when it takes on Mendiola in the Philippines Football League at the Rizal Memorial Stadium.

The Busmen seek to their third straight victory in the 7 p.m. match against the PFL newcomers, three days after being eliminated by Vietnam’s Hanoi FC in the ASEAN Zonal semifinals.

Ceres fell 3-2 on aggregate after losing 2-1 in the second leg held at Hang Day Stadium in Hanoi.

Kaya-Iloilo aims to extend its lead in the table when it meets Air Force at the same venue at 4 p.m. 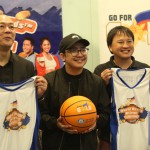